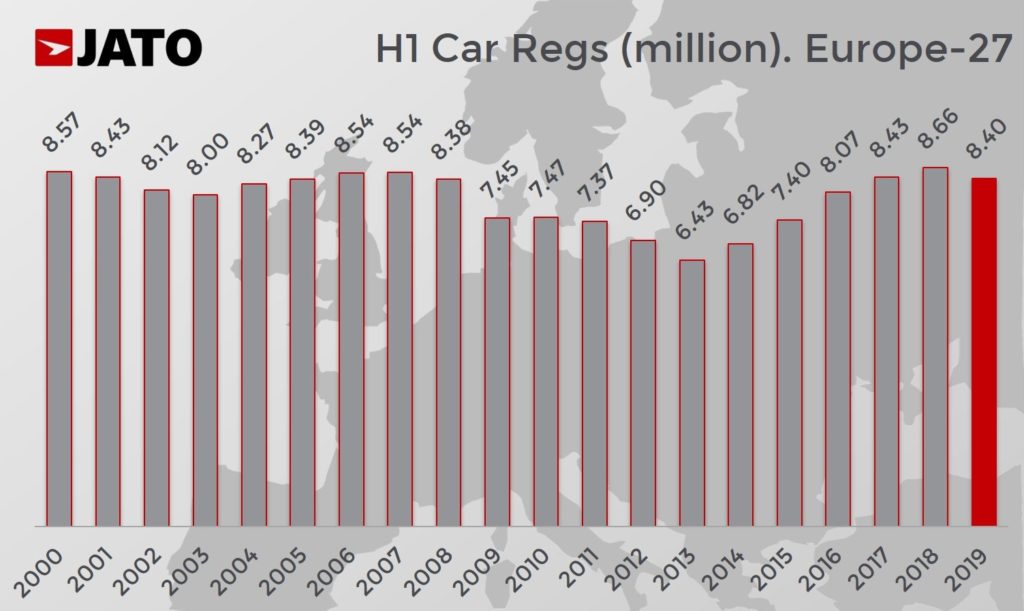 Dacia, Tesla and Citroen were the biggest market share winners in H1 2019 as they defied the registrations decline seen elsewhere in Europe. Bucking the dip seen in many European markets, these brands were able to increase their market share thanks to their latest launches. Their strength was based on specific models that are already playing an important role. 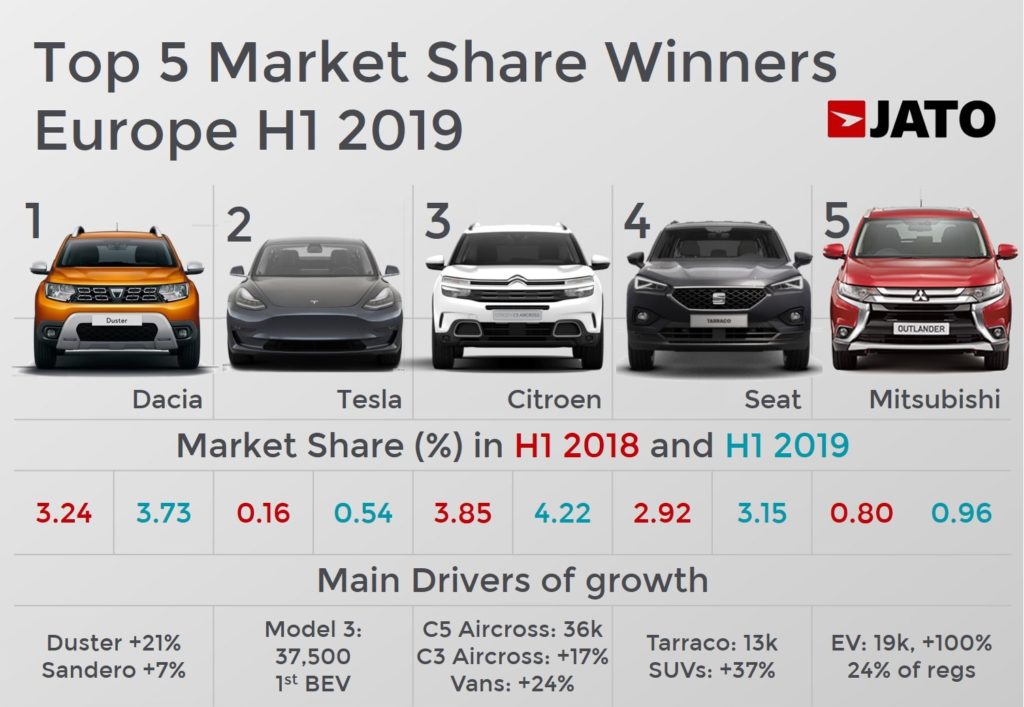 The Dacia Sandero impresses and the Duster shines 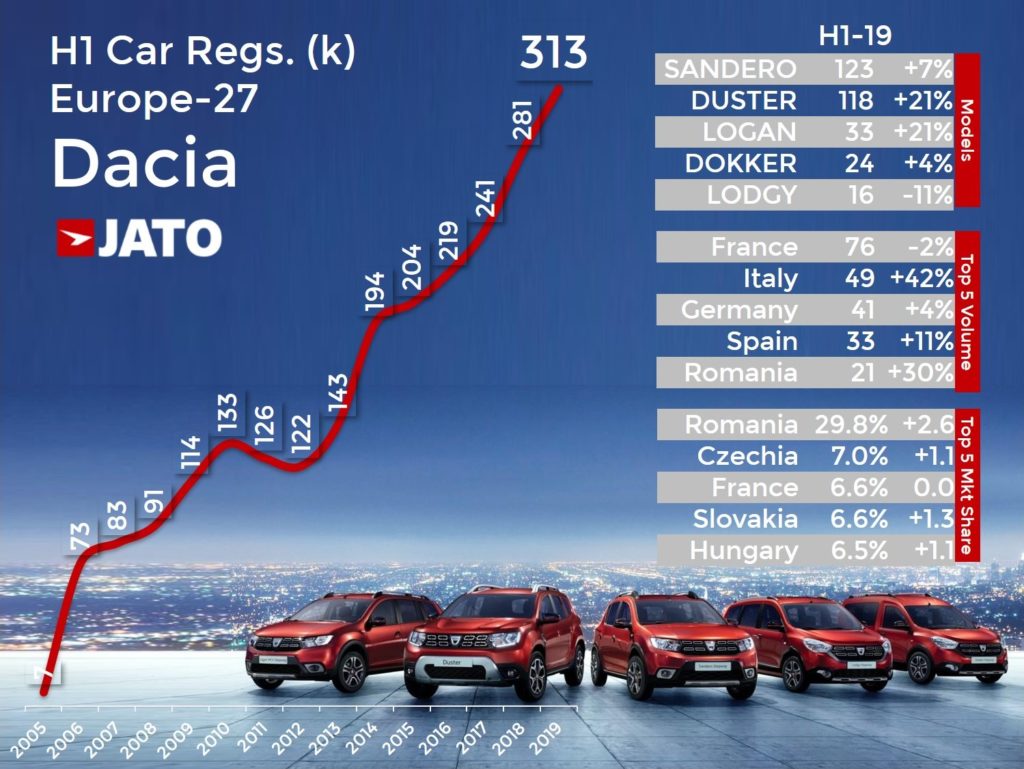 The brand saw growth in most of its markets. Eastern Europe recorded an increase of 28% during the half, and counted for 19% of total registrations. Italy, its second largest market after France, registered growth of 42% to 48,600 units. The brand also posted double digit growth in five more countries.

Romania is unsurprisingly where Dacia has the highest market share, at 30%. That’s higher than Volskwagen’s  market share in Germany (19%), Peugeot and Renault in France (18% and 19% respectively), and Fiat in Italy (15%). Only outperformed by Skoda in the Czech Republic, who hold 34% of registrations in the country. 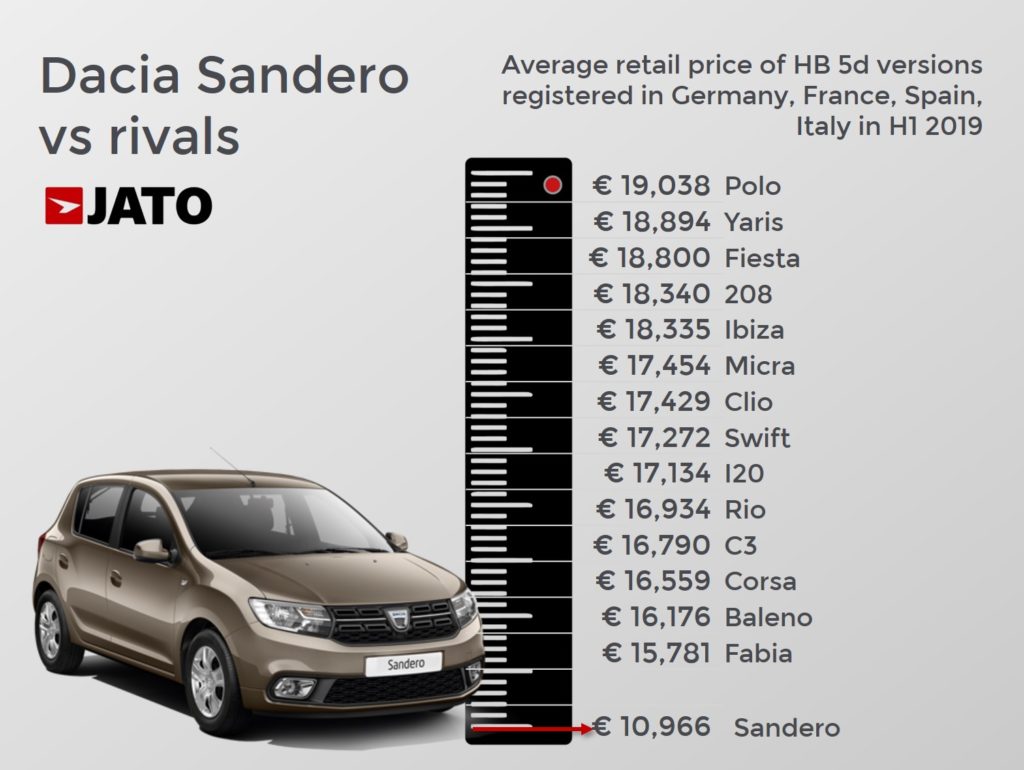 The Sandero continues to impress with outstanding results despite its age (it was launched in 2012). Dacia has stuck to its success formula: it’s cheaper and bigger than most of its rivals. The Sandero was Europe’s 6th best-selling subcompact and only 3,200 units away from third position. The Duster did even better, occupying second position in the small SUV segment, only behind its cousin the Renault Captur.

Tesla is now an option thanks to the Model 3

Until February, Tesla was known for big and expensive electric cars. But the Model 3 launch allowed European consumers to access the brand’s technology and drive a pure electric modern car for less. As a result, the new Tesla became Europe’s top selling electric car in less than six months. 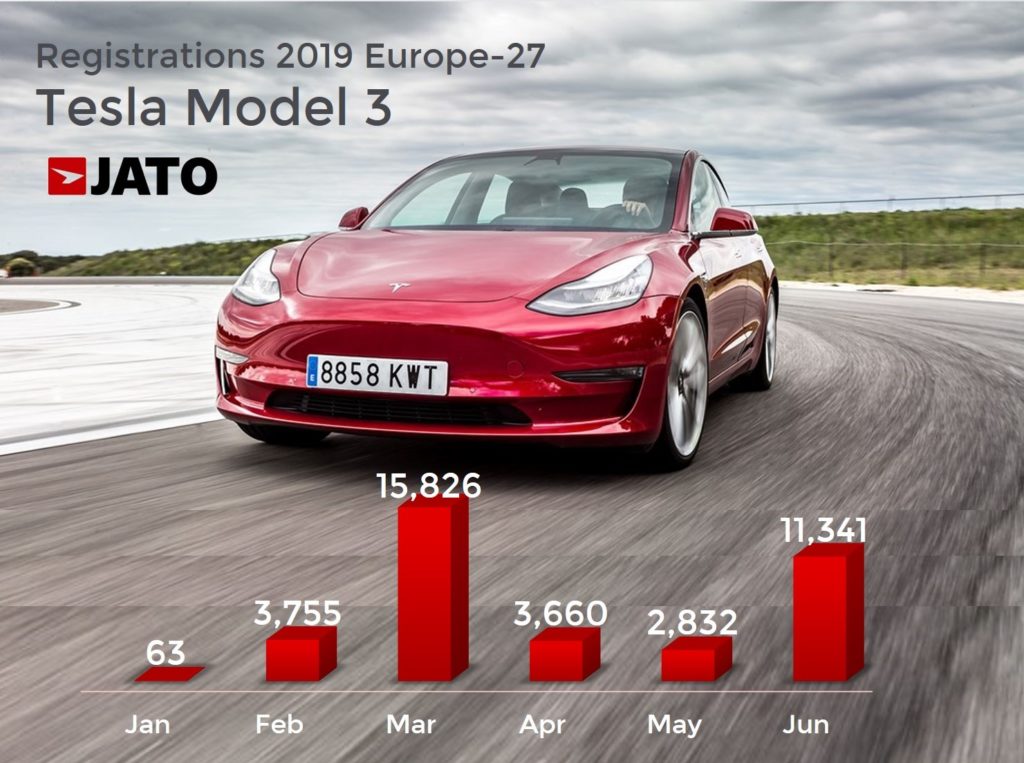 Tesla registrations in June totaled 45,400 units, a record for a brand that barely sold 6,800 vehicles three years ago. The Model 3 counted for 83% of the total, almost 37,500 units. Its popularity puts it top of the premium midsize sedan sales in June, outselling the popular Germans.

This is good news for the Californian-based company, considering the global challenges it’s currently facing.  There’s concern among shareholders about the company’s deteriorating financial situation. Q1 results were below expectations and trade tensions between the US and China are only making things more complicated. Meanwhile, the company is building a mega factory in China which isn’t yet able to operate. Added to this, Tesla has the highest exposure to US imports in China.

The SUV offensive started by Citroen with the C3 Aircross in 2017 and the C5 Aircross in 2018 is paying off. The models became the brand’s second and third best-selling products in H1 2019, counting for 29% of Citroen’s European registrations during the first half of the year.

Citroen has also been helped by the good commercial performance of its vans. Registrations of the vehicles, which are becoming a strong alternative to the usual MPVs, totaled 37,100 units, or 10% of Citroen’s total registrations during the period. The four models available (Berlingo, Spacetourer, Jumper and Jumpy) posted double-digit growth.

Similarly, Seat was also boosted by SUVs. While its traditional nameplates posted declines despite their age (current Ibiza was introduced in 2017 and its registrations dropped by 17% during June), the company’s SUVs continue to gain customers. Their registrations totaled 116,000 units, up by 37%, and counting for 44% of the brand’s volume. The Tarraco was the fourth best-selling mainstream midsize SUV in June. 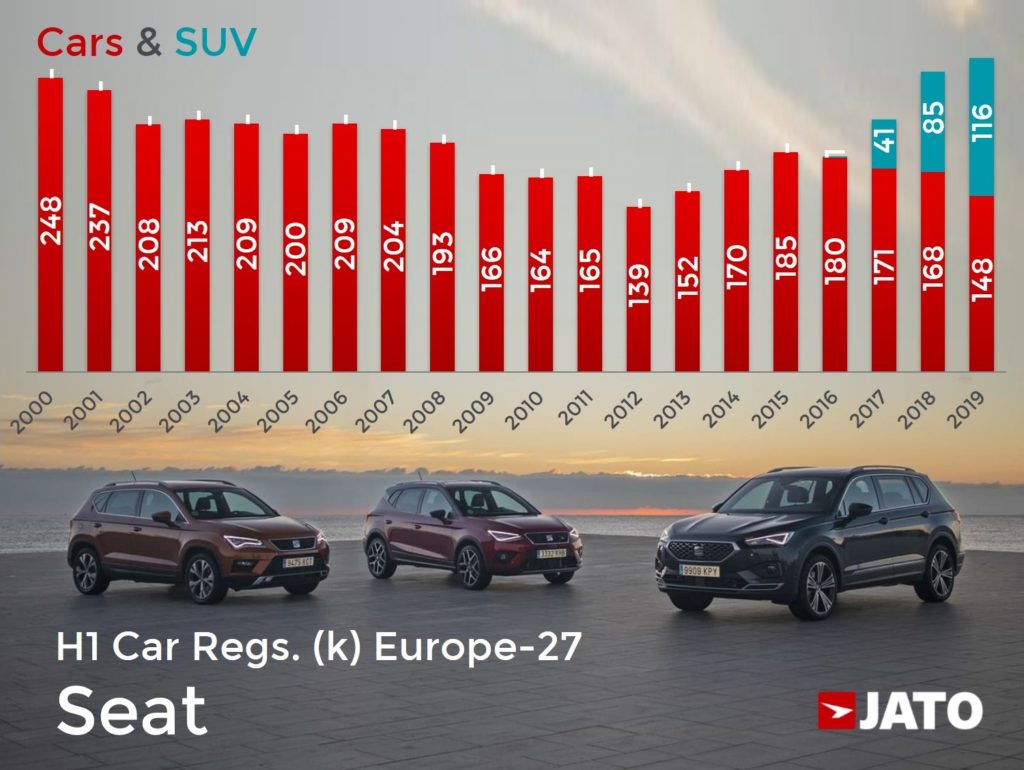 In 2019 Mitsubishi posted the highest H1 registration volume since 2001. This was possible thanks to the increasing popularity of the Outlander PHEV, which was Europe’s top-selling plug-in hybrid vehicle during the first half. This proves that rather than new models (like the Eclipse Cross, up by 17% mostly because of the introduction of the diesel version), consumers are more interested in new technologies. 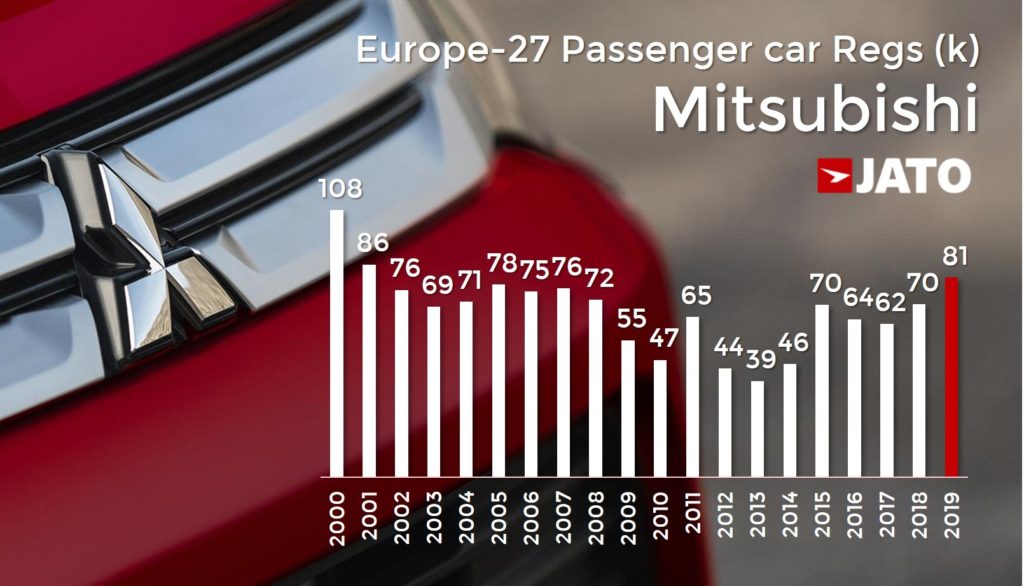