Europe says goodbye to 15 of its car models

We are used to reading about the arrival of new models. Big announcements, grand presentations, elaborate events, and long speeches are the usual ways in which automakers announce the arrival of new cars. And JATO covers these new entries through its JATO News tool.

What we rarely see is when an old model retires; automakers prefer not to advertise when cars are removed from their lineups. This can mostly be explained by a lack of a successor which then leaves that segment exposed. Unless there is a superior successor to announce, the end of production of a car is nothing to celebrate for automakers.  The following list reveals the 15 models that Europe is going to say goodbye to this year.

Based on the Punto, the first Alfa Romeo subcompact was launched in 2008 and remained in the dealerships until H2 2019. The absence of a 5-door version, as well as the lack of any investment into updating the model, put the Mito in the bottom of the premium subcompact sales rankings. 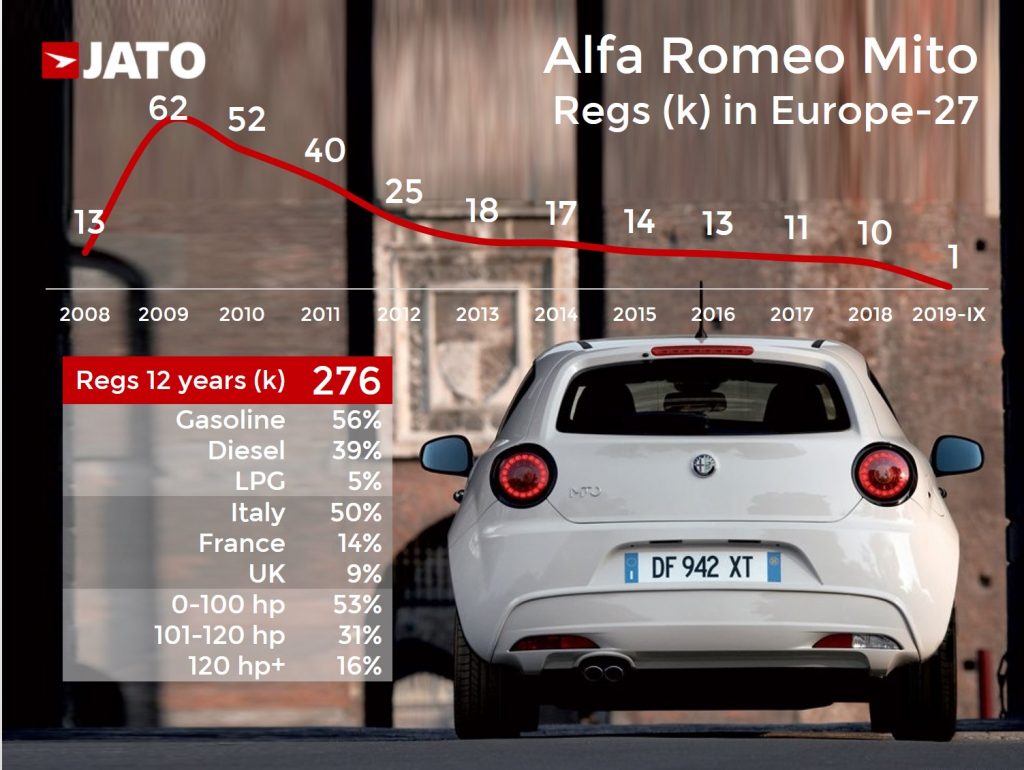 The second generation of Xsara’s successor was introduced in September 2010 and never got a facelift. As the brand focused on SUVs, and the C4 Cactus was positioned closely in terms of its package, price and segment, the C4 could never play an important role. 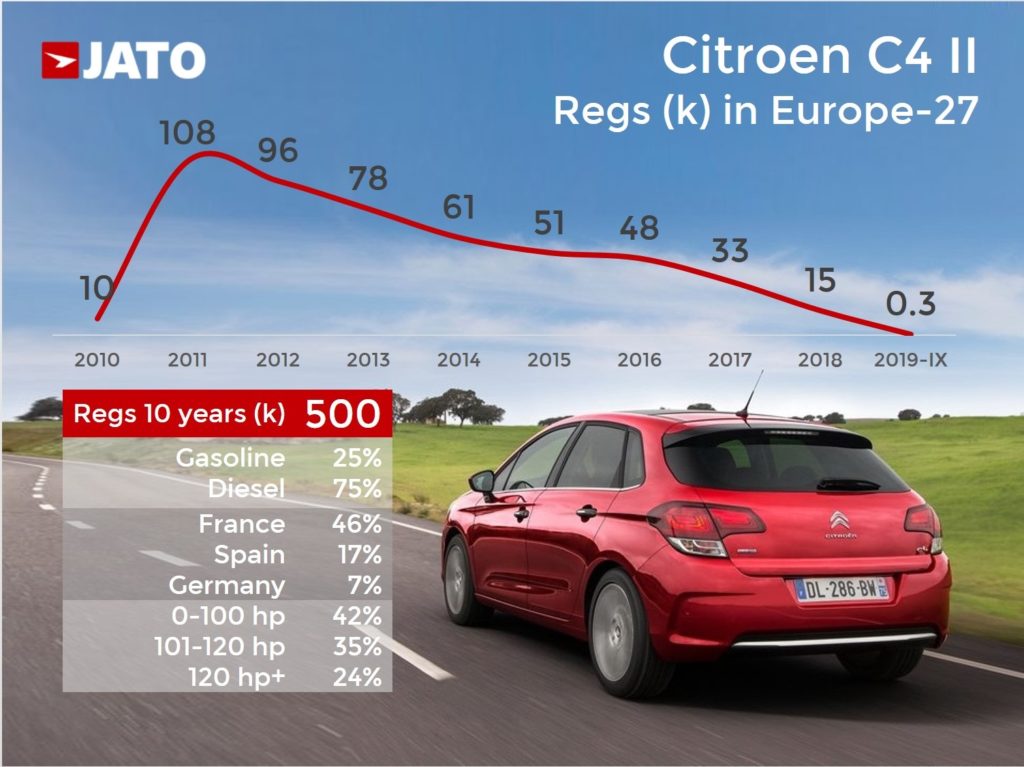 The fancy cousin of the Citroen C4 also had to face its rivals at home. When DS launched the DS 7 Crossback, there was little room for the aged DS 4. Additionally it had also faced the difficult task of attracting consumers from the premium segment without being a real premium compact. 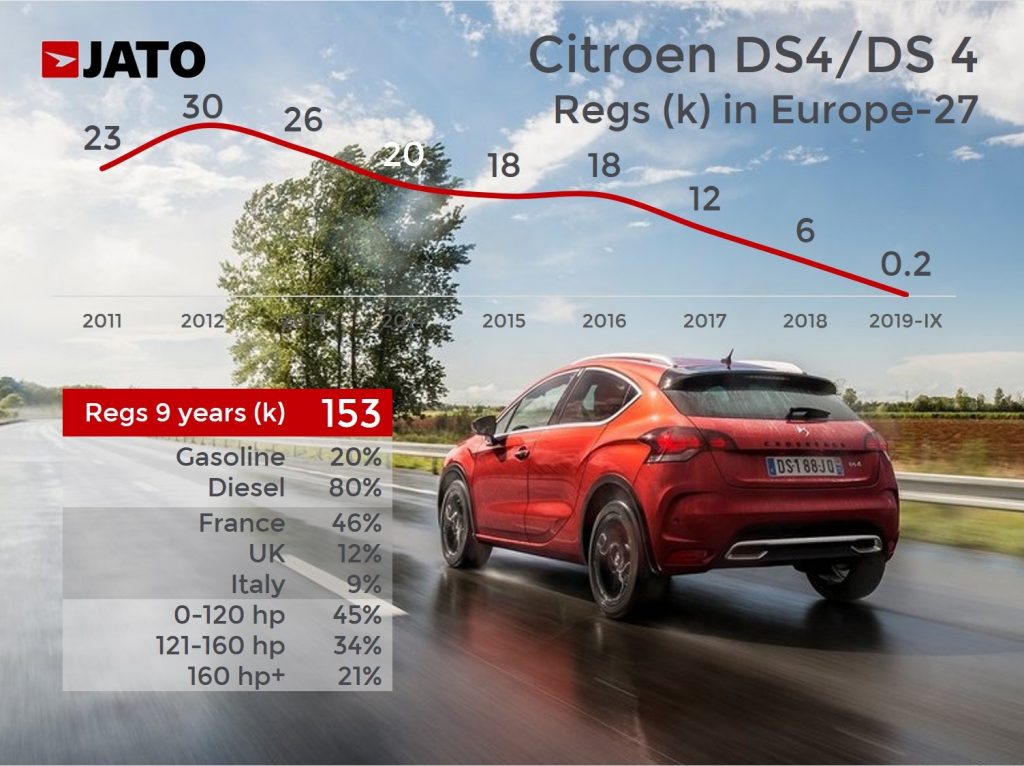 DS 5 was one of the most interesting launches in 2011. Its original exterior design and its futuristic interior put it in the headlines of many car magazines. However, a hatchback was not what consumers in the premium midsize segment were looking for. 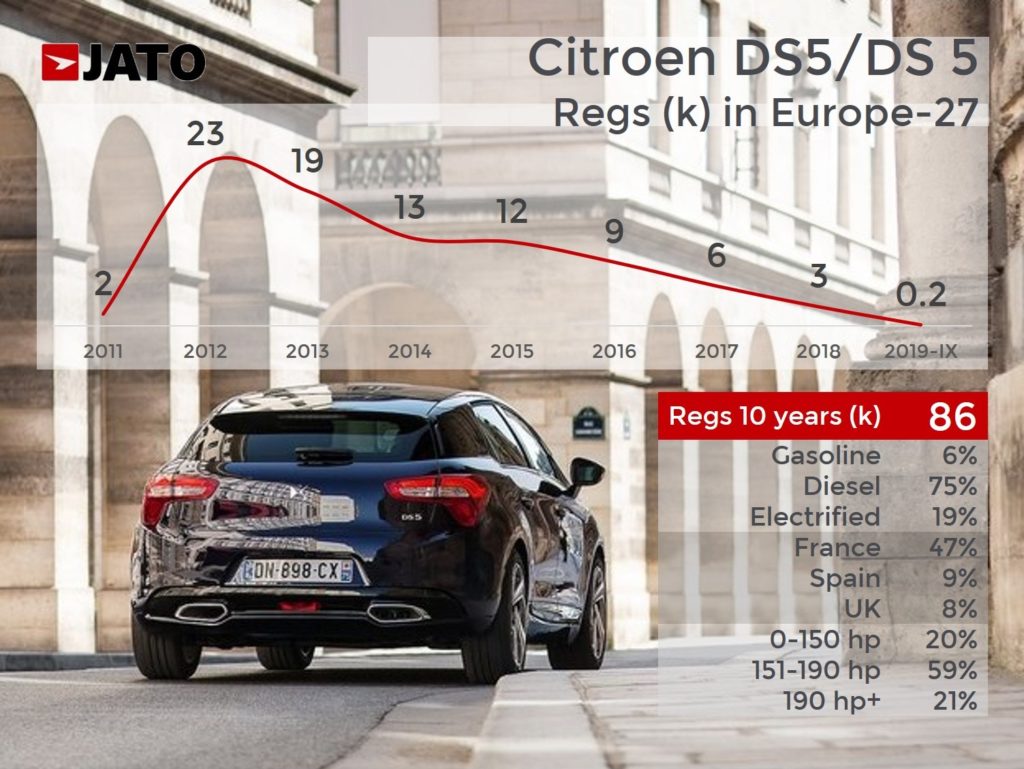 It used to be one of Europe’s top-selling models. The first generation Fiat Punto arrived in 1993 and the last one was launched in 2005, sharing the platform with the Opel Corsa. Despite the minor restylings in 2009 and 2012, the Punto aged quickly compared to its more modern rivals. 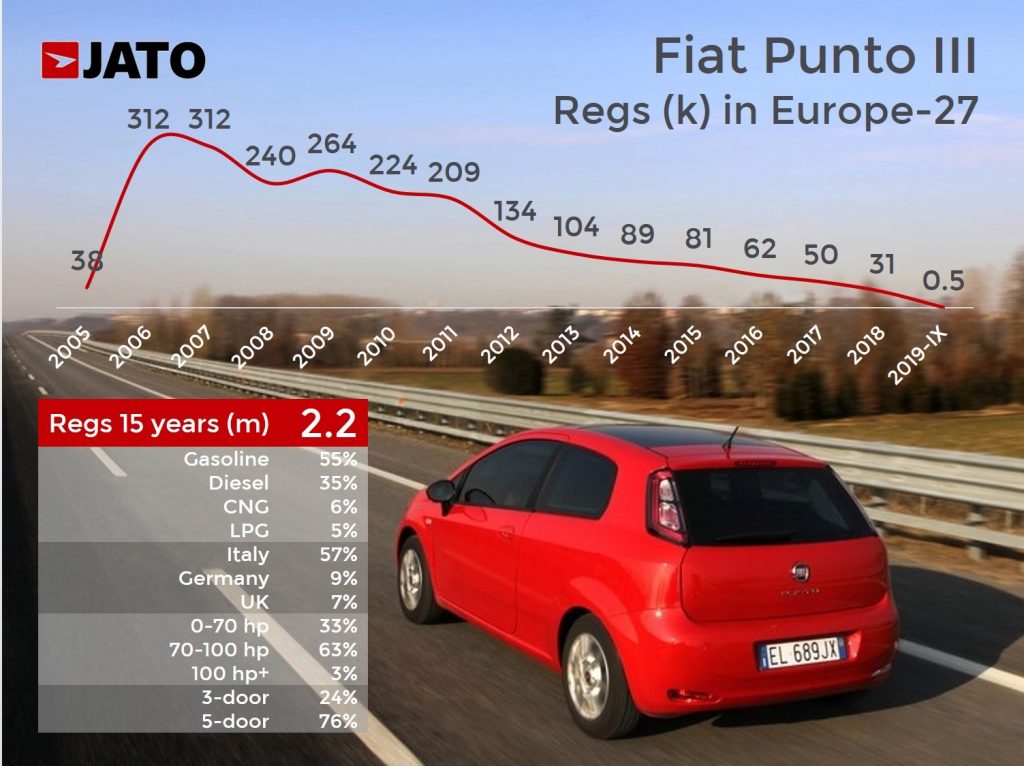 Alongside the Opel Meriva, Nissan Note and Citroen C3 Picasso, the Ford B-Max represents another victim of the SUV boom. Production began in June 2012 and ended in September 2017. It was a model that was discontinued at its first and unique generation. 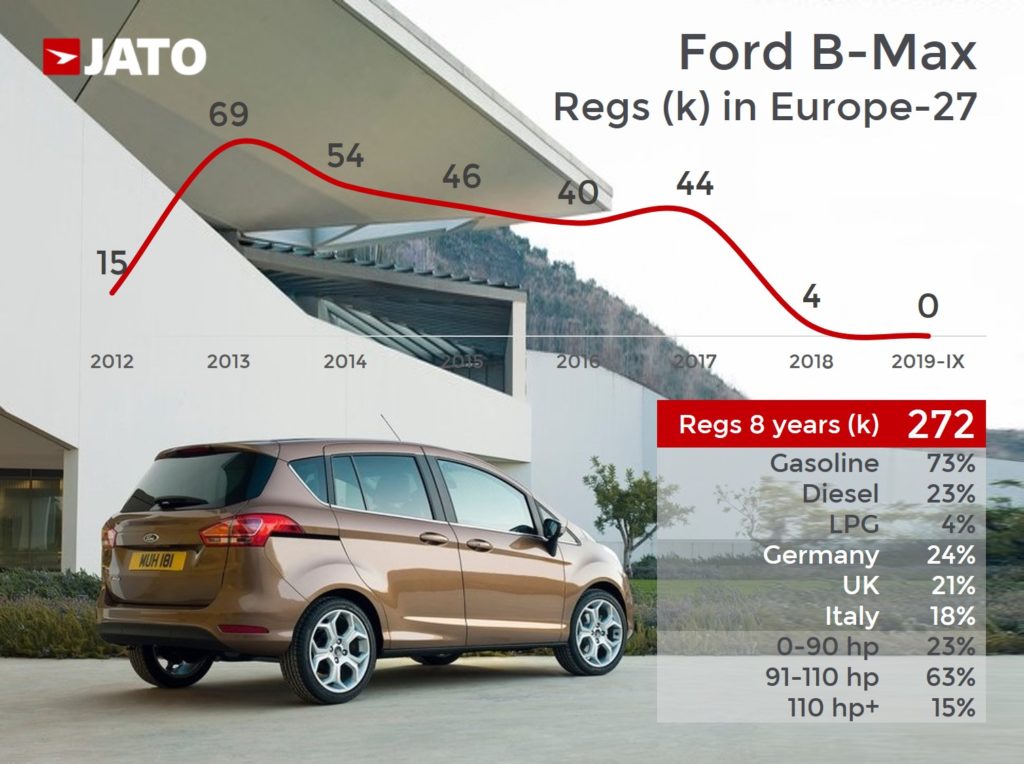 The Kia Carens represents yet another MPV that died without any announcement. The Carens faced the Grand Scenic, Grand C4 Picasso, Verso, as well as some others. Instead of reviving the model, Kia decided to focus on the other compact cars like the Sportage and the Ceed family, now extended by the Xceed and Proceed.

The GS was launched in the United Kingdom in May 2016 at the London Motor Show, with sales beginning later that year. Like the rest of the MGs, it never really made an impact on the other side of the English Channel. Instead of the GS, MG now sells the ZS – a direct competitor to the Qashqai. 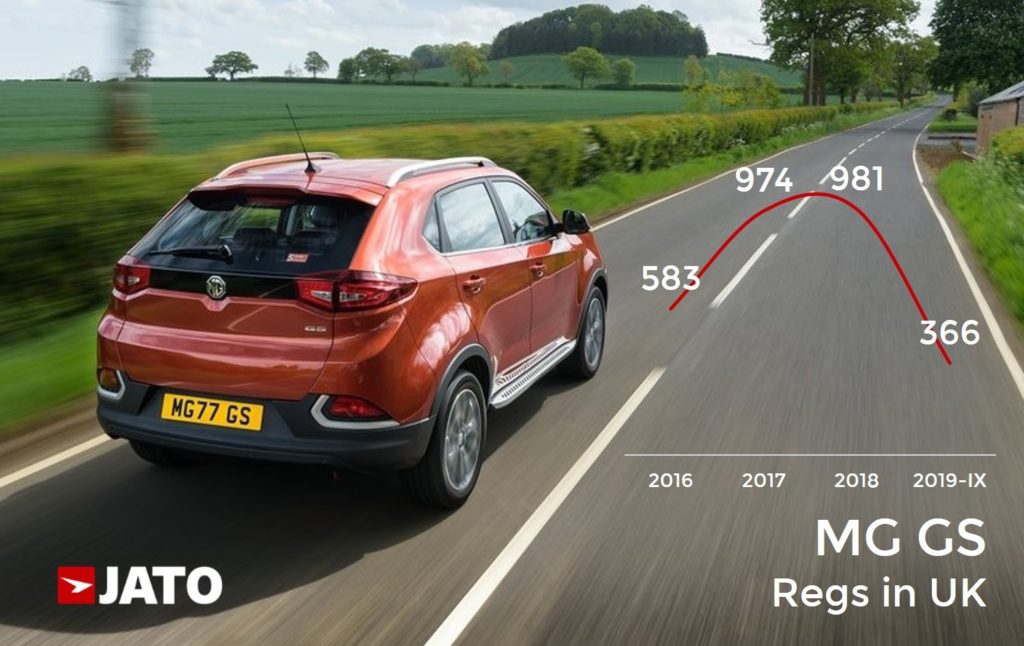 It is one of the most famous Mitsubishis ever, but in Europe it struggled to find customers. Due to its size, high price, low brand awareness, and the fact that it didn’t help the brand in reducing its average CO2, this Mitsubishi left the European market this year. 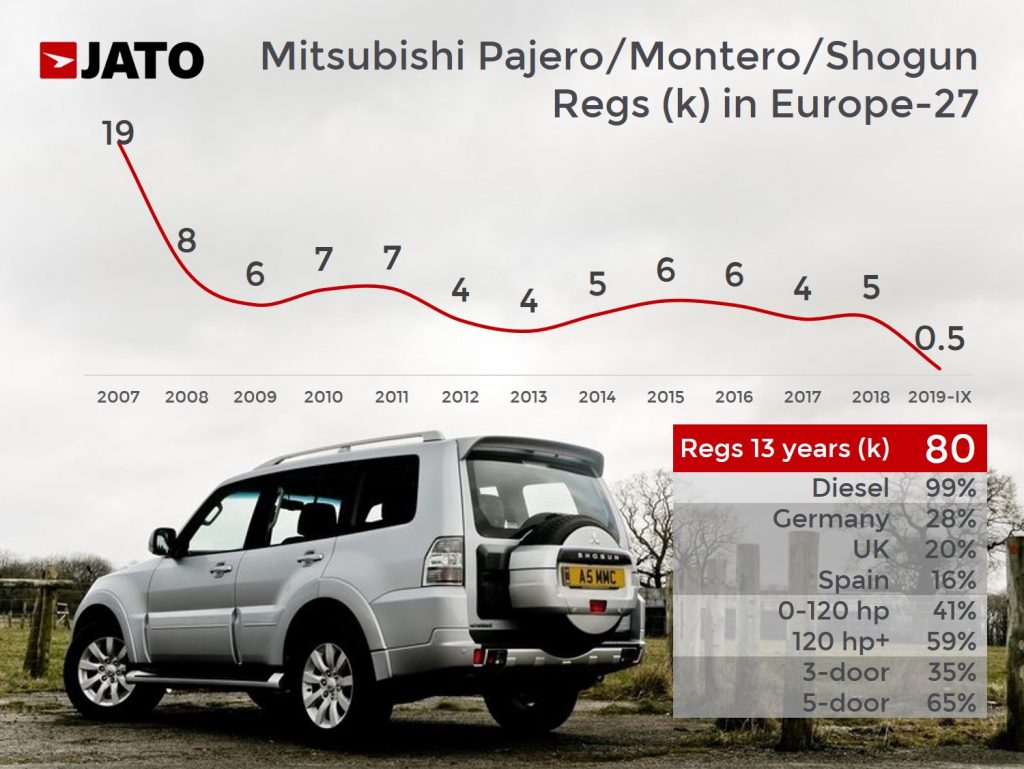 It was announced by Carlos Ghosn as the big contender to the Volkswagen Golf. The Pulsar arrived in Europe in 2015 but left the market 3 years later. The reason? The popularity of the Qashqai, which never allowed the Pulsar to find its own place. The market won’t miss this model. 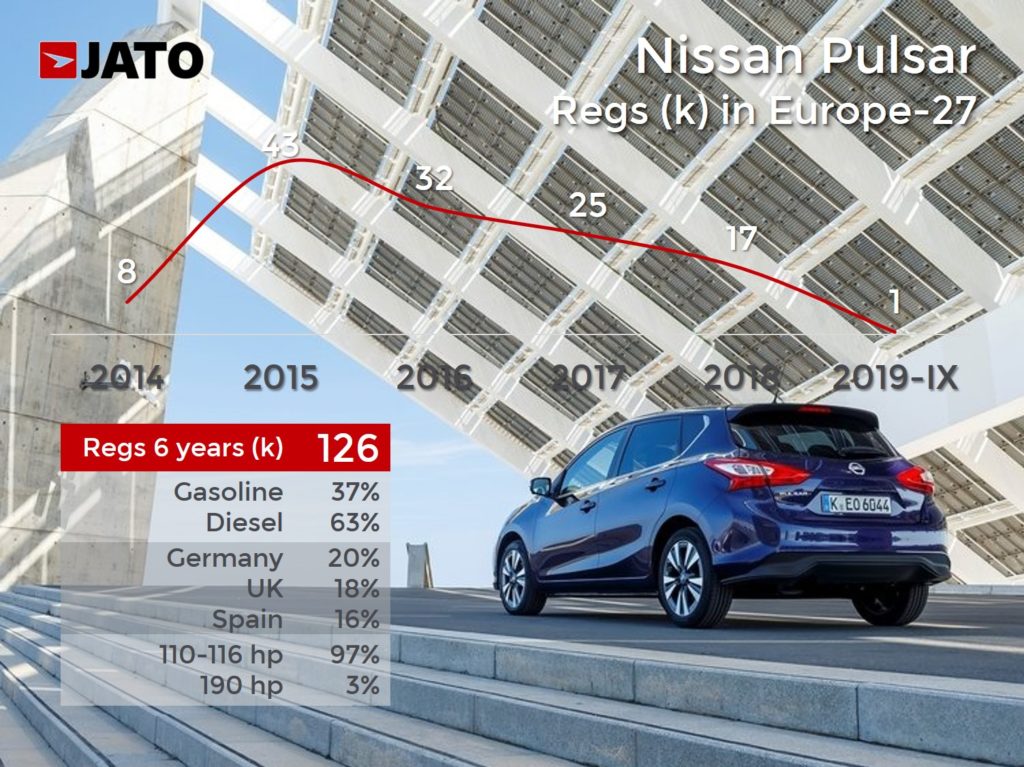 There are no indications that Seat will replace the Toledo. The fate of this low-cost large B-Sedan changed when Skoda presented the successor of the Rapid, its twin, but Seat remained silent. In any case, the Toledo never played an important role in the market since its introduction in 2012.

The Verso was sentenced to death after Toyota left this model without its hybrid engines and the Prius+ became the best choice for many taxi drivers around Europe. Once you add the lack of interest from the public in MPVs, then you can fully understand the fate of this model. 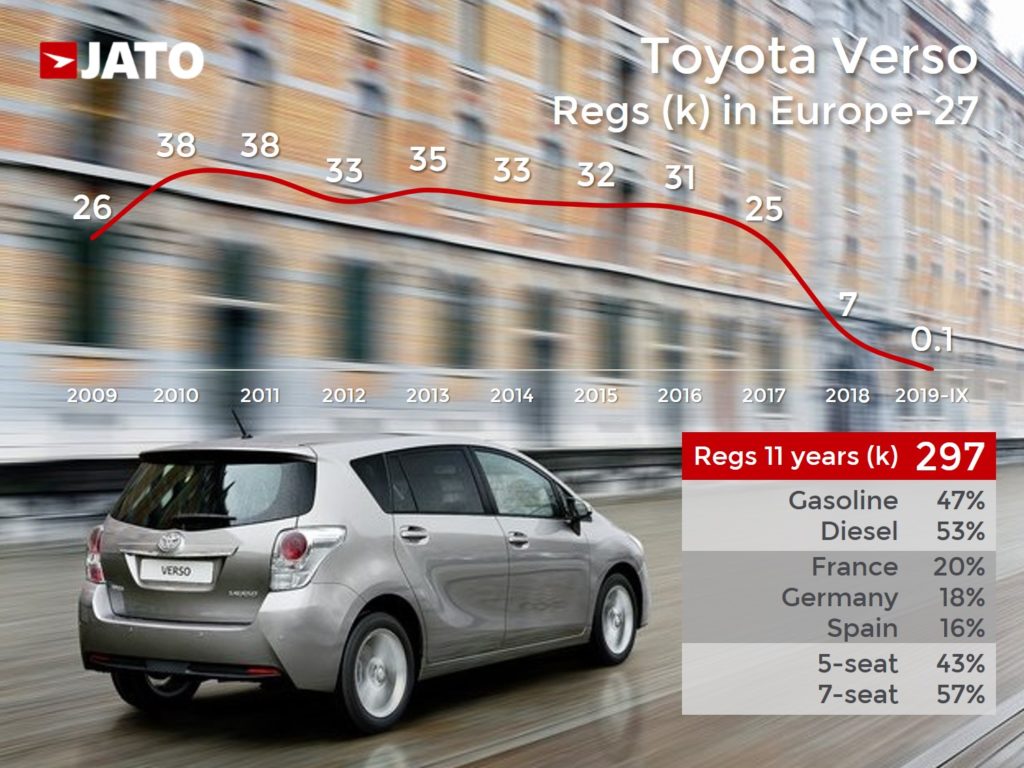 Instead of working on a new generation, Toyota decided to save some money and bring the Camry to Europe. As the demand of mainstream sedans shrinks, it made no sense to invest in a new Avensis when the Camry is already a champion in other markets. 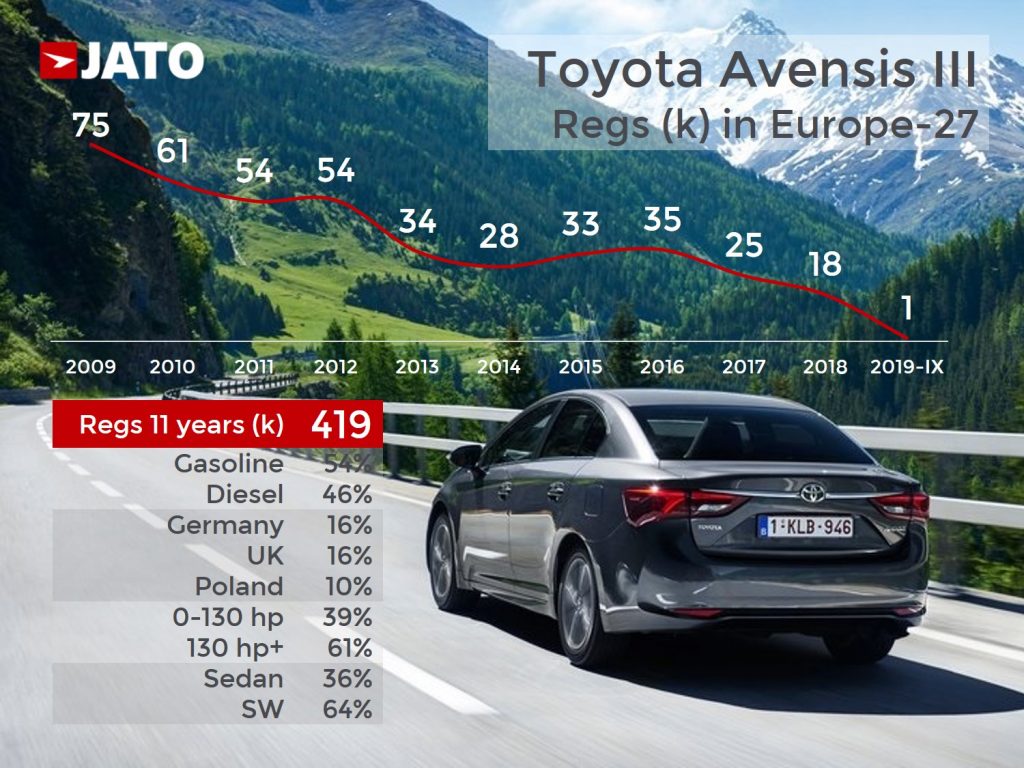 The Beetle is the only iconic car in this list to say goodbye. Unlike the Fiat 500 and Mini, the Beetle struggled to find a place in the market due to its high price and lack of performance. On 13th September 2018, Volkswagen announced that the Beetle would cease production in July 2019. 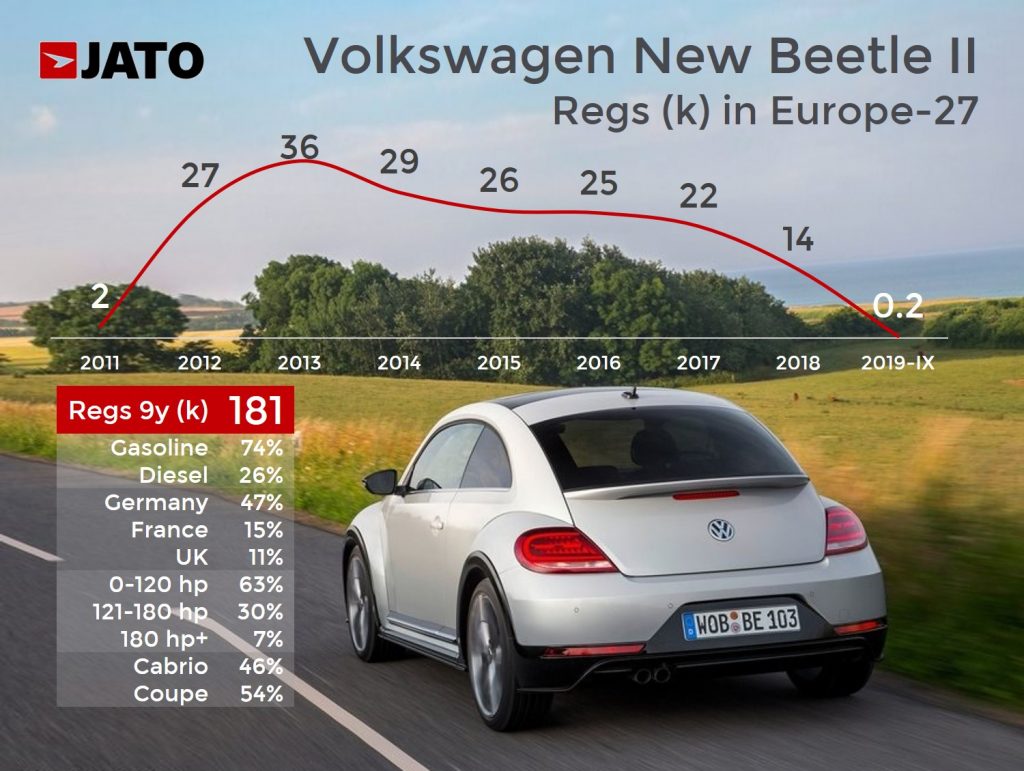 While the Golf has lead the European rankings for years, the Jetta, its sedan version, did not follow suit. The lack of volume and lack of interest in compact sedans forced Volkswagen to discontinue the Jetta, which instead sells very well in North America. 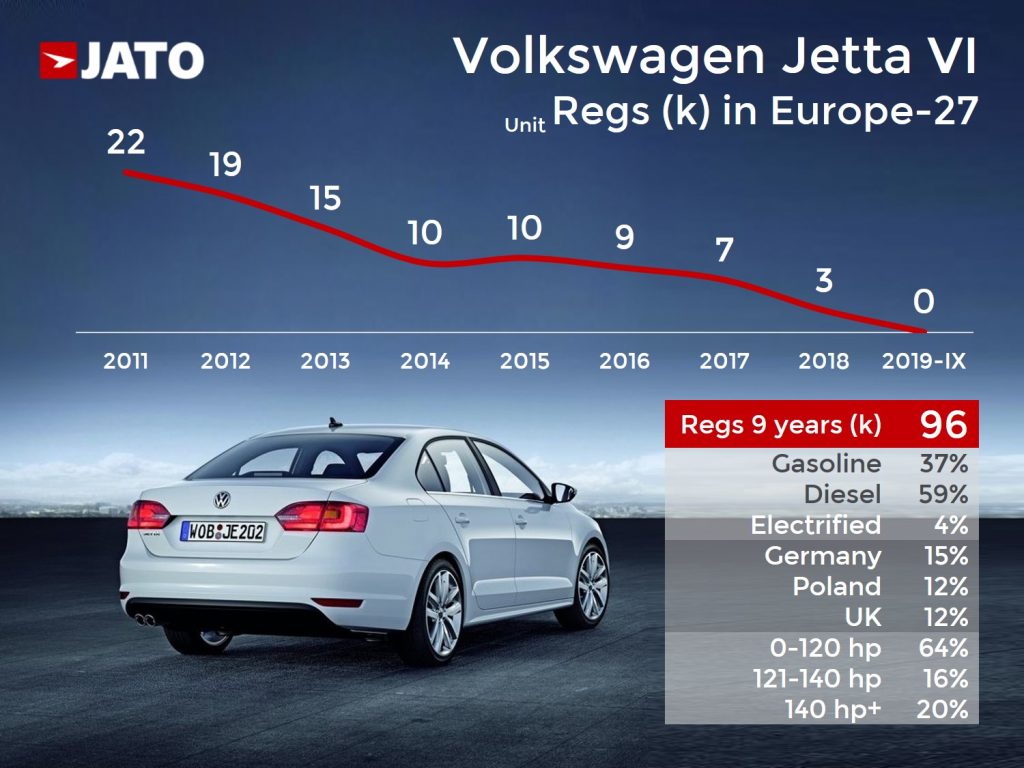