The Canadian market saw electric vehicle sales reach a record high in 2018 selling 71,883 vehicles—a 64.0% increase when compared to 2017. Battery hybrids (HEV) continued to be the top selling alternative powertrain with 28,352 new vehicle sales, closely followed by battery electric vehicles (BEV) with 21,314 sales, a year-over-year increase of 151.6%. The largest year-over-year increase came from plug-in hybrids (PHEV) with an increase of 235.1% (17,655 vs. 5,269). Sales of extended range vehicles (EREV) remained relatively stable, increasing only 1.0% when compared to the previous year. 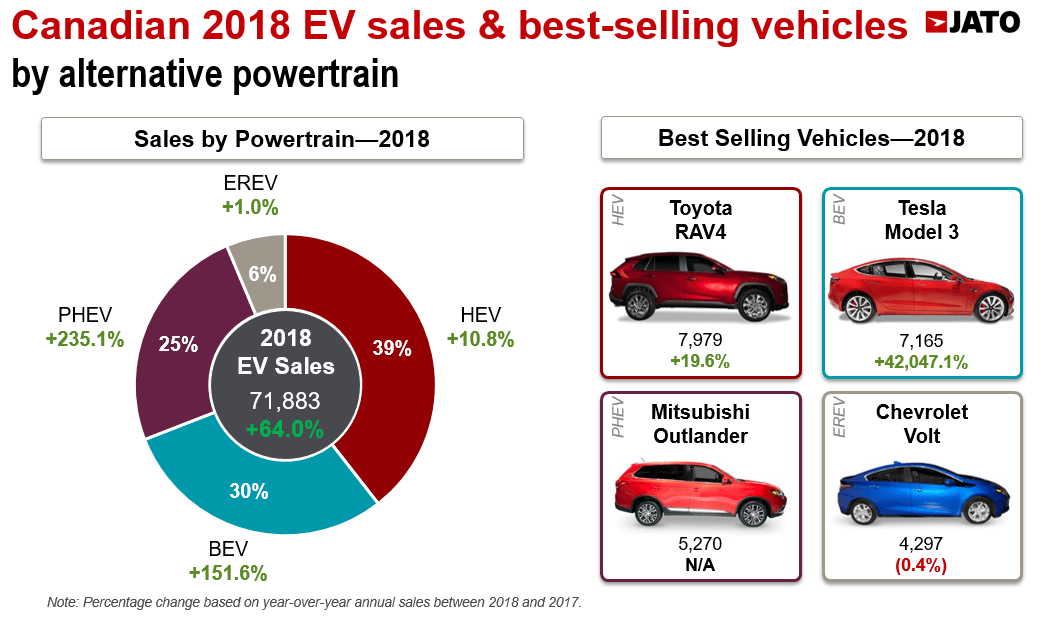 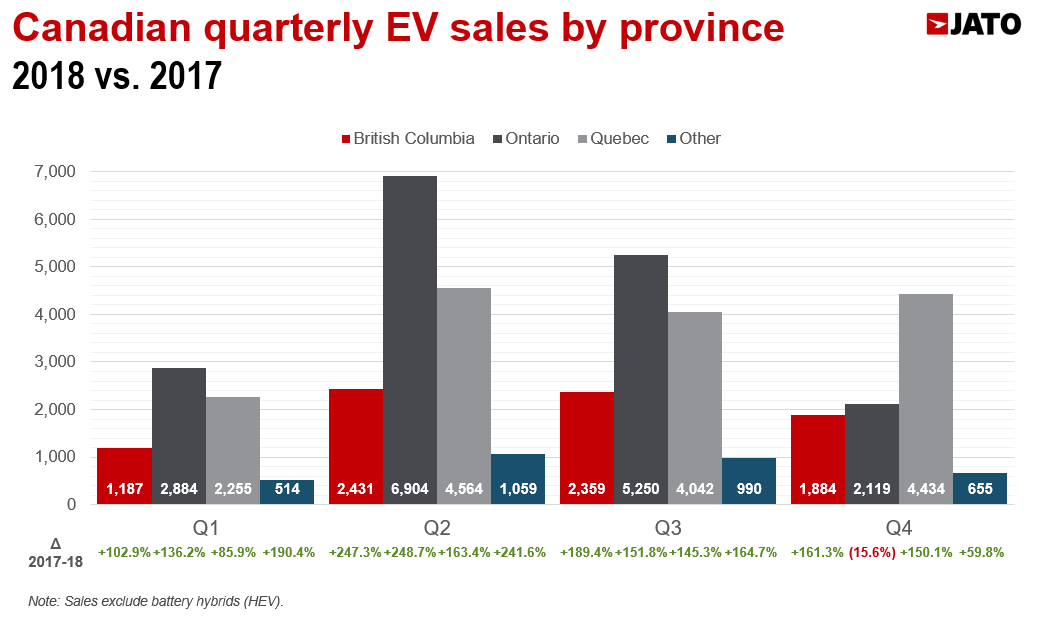 During the third quarter of 2018, Ontario ended its Electric and Hydrogen Vehicle Incentive Program, which included incentives on the sale of electric vehicles (BEV, EREV, and PHEV). As a result, sales of BEV, EREV, and PHEV vehicles within Ontario were impacted—sales spiked before the deadlines set by the government and fell during the last quarter of the year when the program had officially ended. Throughout the first nine months of 2018, the province averaged 5,013 units per quarter, an increase of 184.5% when compared to the same time period in 2017. However, in Q4 only 2,119 vehicles were sold with a BEV, EREV, or PHEV powertrain, a year-over-year decrease of 15.6%. In comparison, British Columbia and Quebec had year-over-year increases in Q4 of 161.3% and 150.1%, respectively.