The American car market remained relatively stable during the 2018 calendar year with 17.3 million new vehicles being sold—an increase of 0.5% when compared to 2017. While only slightly outperforming the past year, 2018 was still one of the most successful years in terms of sales, becoming the fourth best year of all time behind 2016, 2015, and 2000. The positive year-over-year result was due to strong sales within the first two quarters of 2018 (+2.1% and +2.0%, respectively), overcoming a sizable decline in the 3rd quarter (-2.6%). 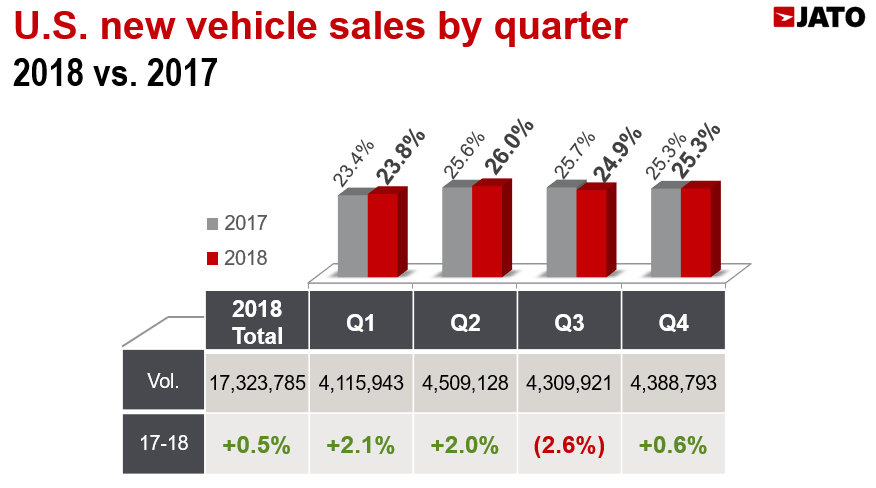 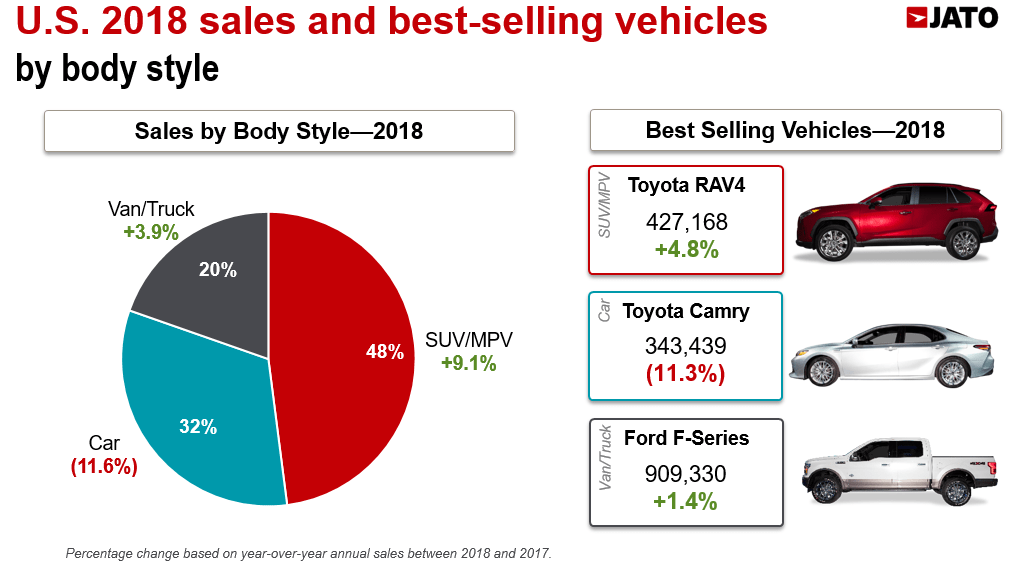 Despite seeing a decline in sales year-over-year, Ford remains the United States’ top brand, selling just under 2.4 million vehicles throughout the year. Their pole position can be attributed to the F-Series, while other best-selling Ford vehicles saw declining sales: Escape, Explorer, and Fusion. Chevrolet and Toyota were second and third respectively, with both brands selling more than 2 million vehicles for the 5th straight year. 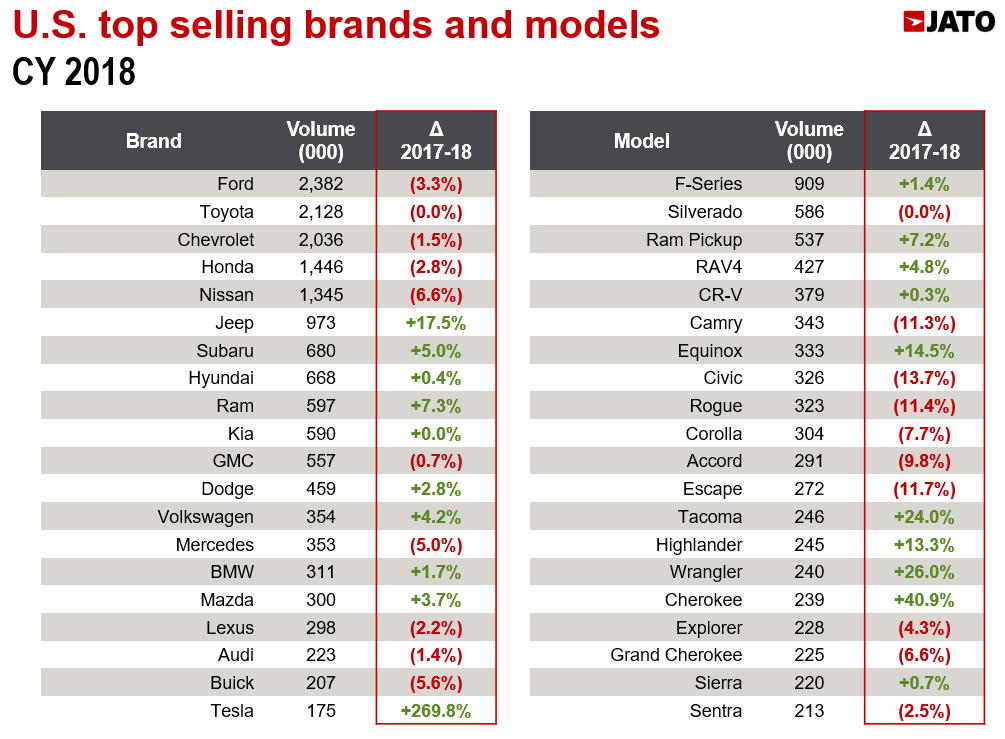 The biggest winners in market share growth were Jeep and Tesla, gaining 0.81 and 0.73 percentage points respectively. While Tesla’s gains can be attributed solely to the increased production of the Model 3, Jeep had a team effort as the Wrangler, Cherokee, and Compass all saw significant increases in sales year-over-year. This overall gain is even more impressive when taking into account that one of their models, the Jeep Patriot, ended its run in late 2017.